Execution Labs was the closest game studio to the residence, and was also the first place we went to! I was very exciting to see a company in action. For the Fall 2015 semester, we have one intern at Execution Labs: Daniel Michaud!

When you first walk into Execution, it gives off a very comfortable feeling. It’s an open space, like many other studios. The main difference between regular game companies and Execution Labs is the purpose. Execution is more of a production environment. Game teams from all over the world apply to the programs, and for a period of time, they use the space in order to further their work. Execution provides them with experts in fields the teams might not have experience in. It really helps to have marketing done for you, especially if you don’t have the resources to do it yourself.

During the visit, we got to talk with Jason Della Rocca, the founder, who gave some very wise advice on how we should go about making ourselves more attractive to potential employers. We even got to see an exclusive trailer made by Daniel for an upcoming game. Some of the games released by Execution backed teams are: PewDiePie: Legend of the Brofist, Big Action Mega Fight, and Afterland. Check them out if you have the time!

Execution goes through an exhaustive process to screen applicants, but if your team is working on something cool, it never hurts to apply! They also have testing you can sign up for. I thought it was great to go to Execution Labs. While they aren’t a game studio in the traditional sense, they are an amazing resource. It’s good to know that there are options out there. 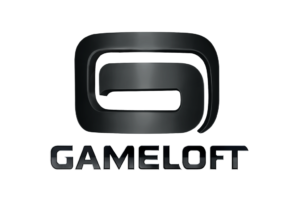 The trip to GameLoft was much hyped to say the least. They only took 15 students, so signing up was rather competitive. Gameloft is a large company, and is known for their work on mobile and tablet games, a platform that is becoming increasingly popular for game companies. We also have an alumnus working here, so it was very exciting to tour the place.

With multiple floors and wide open spaces, it was exactly what you would 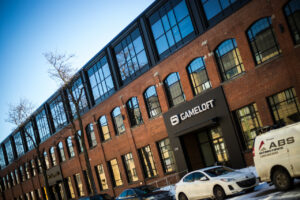 imagine a game studio to look like! There are multiple offices for each section of the team, and the building has a very orderly feel to it. The guide we had was really nice and interested in the students! GameLoft also has offices on various other continents, but they are Montreal based.

The games GameLoft focuses on are usually tie-ins with other franchises, like movies or comics. If mobile gaming is what you really want to focus on, and you enjoy massive companies, GameLoft is probably the place for you!

The trip to Behavior was one of my favorites. The company is close to Execution and Eidos, so you have a triangle of awesome companies in that area! This company is also deceptively large – it seems to be small when you walk in, but once you actually get into the building and look around, you realize that there is a lot more space inside. There were two people who led the tour. One was a programmer who had left Behavior for a bit, then came back because he preferred it to the other company he worked at. Another was a woman who was working in HR.

They gave us business cards and bookmarks, and went through what exactly was done at Behavior, and why it was such a good place to work at. There was also a hint at being open to accepting interns, so maybe the spring semester students have something to look forward to! 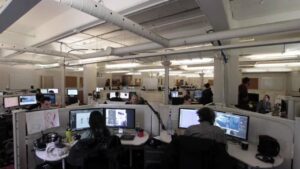 There was this really cool scale model of one of their games we were shown as well! It was pretty creative!
Behavior Interactive does a lot of franchise tie-ins, but they also do their own individual titles as well! Behavior is one of those companies that don’t mind if you do your own projects on the side, which is another huge plus. Some of the titles that Behavior is known for include: Star Citizen, and Warhammer 40000: The Eternal Crusade!

Behavior is one of those rare companies that actually helps to produce big MMOs, a genre of game that is quite hard to produce. While at the visit, I got the sense that Behavior really knew what they were doing. It was a very informative visit, and I’m very glad to have gone.

Eidos was an awesome visit! Eidos is a company under the Ubisoft banner, and I’m sure we all know the awesome games that both of these brands have put out. But as a refresher, Eidos is responsible for Deus Ex, a game that really contributed to the ‘cyber-punk’ genre. Because of this, I was really excited for this visit, and I wasn’t disappointed.

When we got there, the Deus Ex legacy was all over the place! It was pretty cool. They showed us their testing rooms, which had 2-way windows like in a police station. They talked a little bit about internships, and they were mostly interested in programmers and artists. It was really cool to see the office and where they worked. Eidos was also a pretty big company, but since it’s a child of a larger company, it wasn’t as massive as some of the other companies we saw in Montreal. 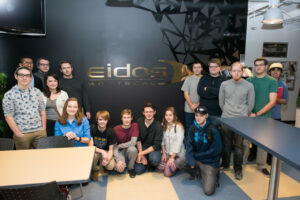 Although Deus Ex is by far their most well-known game, Eidos has made many more than that. They made Thief, which was a game I was pretty fond of. Eidos has a very slick style, which I think is reflected in both their games and their company. I would definitely be interested in working for Eidos! They have a lot of benefits! We also got to take a picture in front of their cafeteria, which was really fun.

Time for my hands-down favorite visit! Tuque was the smallest out of all the companies we saw, but it left the strongest impression. Tuque also has interns from Champlain. It’s located in this factory sort of place that gives it a really cool atmosphere. It feels like you’re working in a friend’s living room, except with more tech and professionalism! We met Jeff Hattem, the founder of Tuque as well as his lovely dog! For the visit, we got to ask him questions about how he founded the company, and how working independently is different from big companies. He gave us free steam codes for their game World War Machine, A really cool game which is still under development, and provided us with a lot of refreshments!

But this visit wasn’t just Jeff plying us with games and food! We got to see one of the programmers play a

game that is still in development. I was really interesting to see one of the developers demo their game for us. The area in which we did this was really cozy as well, there were a bunch of soft couches to sit in as we watch the games on the screen.

My favorite part was when we got to talk to members of the team who matched up with our majors! It was a one-on-one realistic talk with industry professionals, and remains one of my favorite moments in Montreal. They are also really competitive in Street Fighter, so if you’re really good at it, maybe you’ll have a leg up?

The biggest reason I liked Tuque was because it showed a realistic take on going indie. The project they’re working on was supported by the Square Enix Collective, which gave them a really big boost. They didn’t have all the bells and whistles that a lot of the bigger companies did, but they traded it for a very intimate and comfortable atmosphere. It felt like they were all friends making games. This visit was legendary!